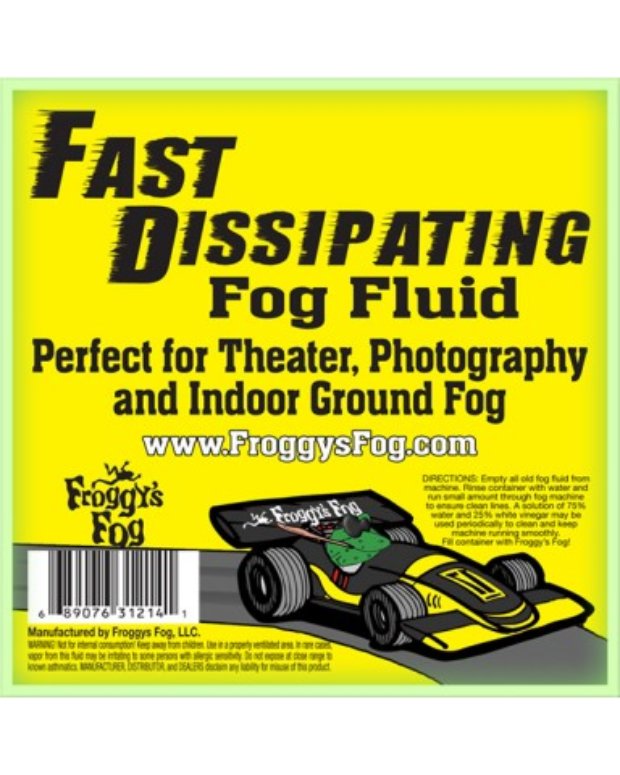 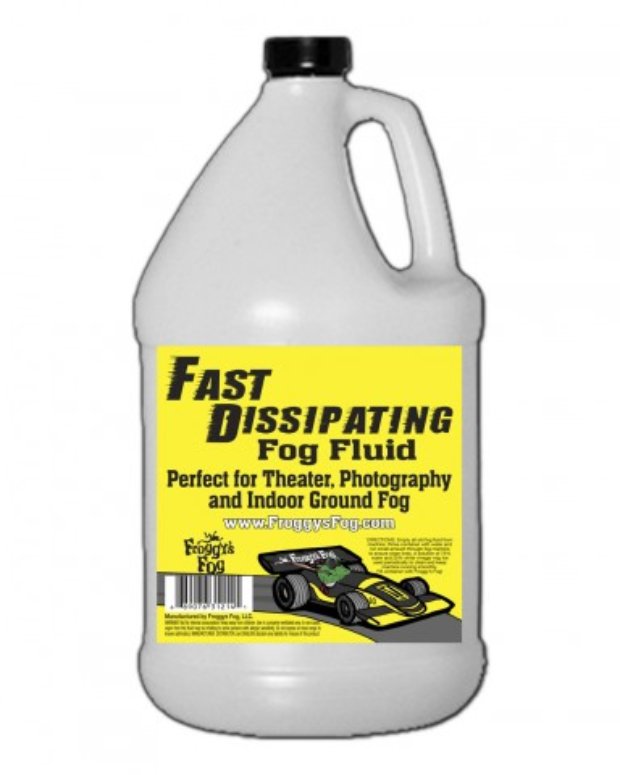 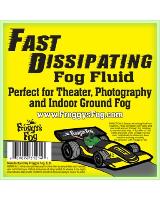 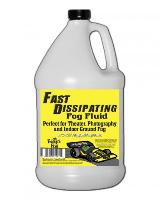 Froggys Fast Dissipating Fog Juice is the perfect Stage & Studio Fog Fluid for use in Theatrical Environments where a great fog effect is desired but the fog does not need to linger. This blend works perfect for use in the motion picture industry and is now extensively used for many other applications. It has been noted time and time again on the Rock Band Stage Kit forums to be the best for indoor use with the Rock Band Stage Kit. This fluid is also used in low fog applications and will prevent low-lying smoke from rising too quickly when used in a fog chiller, low smoke generator, polar controller, Mister Kool, or other fog chiller application. It is also very effective for quick stream and nitrogen bursts and dissipates at just the right time. It is used by many well known production companies to create that amazing cloud of ground fog on the stage that actors and guests love alike. This product can be compared to Le Maitre Quick Dissipating Fluid, Rosco Stage & Studio Fog Fluid, American DJ Kool Fog, CITC Low Ground Fog Fluid and Martin Heavy Fog Fluid B2 mix. We have designed the best Quick Dissipating Fog on the market and are proud for it to be a part of the Froggy's Fog Family of Fantastic Fog Fluids.

Outdoor Graveyards use Freezin Fog as it is designed to be the Perfect Outdoor Graveyard Fog for use with fog chillers. It is super thick on the front end and creates the perfect graveyard ground fog but here comes the good part; it is formulated to hang in the air to create the spooky graveyard scene as well. You get a 2 for 1 deal with the Freezin Fog that you miss out on if you use a Fast Dissipating Fluid outdoors.

Some applications such as film or photography and special effects require a faster dissipating fog. With a hang-time of only 30-40 Seconds, Velocity fast dissipating fog is the designer's choice when a fog effect that disappears quickly is needed. VELOCITY is the perfect Fast dissipating fog fluid for your atmosphere!

Tell A Friend About: Fast Dissipating

See all products by Froggy's Fog